2.0.0 Windows 11 Fixer is a free and usefull tool for diagnosing and troubleshooting operating system problems at different levels and software installation
9/10 (4 Votes)
Download 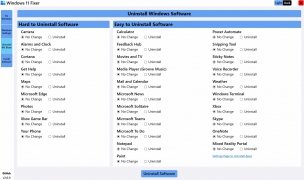 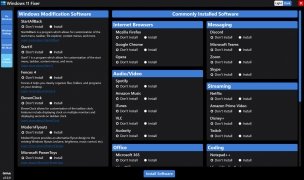 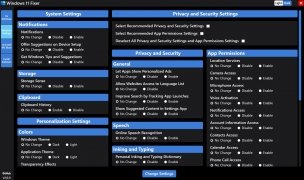 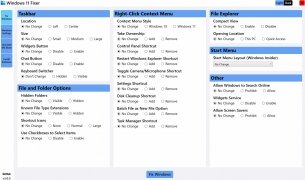 The launch of Windows 11 has not left everyone satisfied, even though in general terms, we can say that it is an evolution of Windows that solves some previous problems and improves the functions of the operating system of Microsoft.

However, some issues can be improved, and therefore, without waiting for Redmond to get down to work, some have developed their own suite of tools, and therefore we have Windows 11 Fixer.

This is an application that lets you customize the operation of Windows 11 by acting on different areas. Mainly four: fix problems, customize settings, uninstall bloatware, and install software. It is designed in a very sober way, although following the guidelines that predominate in the operating system, so it adapts perfectly to its graphical environment and offers the following main functions:

Clean and speed up the functioning of your PC