7.0 Xara 3D Maker will allow you to create titles and animations in 3D. Design animated texts, logos and buttons with Xara 3D Maker and add them to your videos
7/10 (62 Votes)
Download 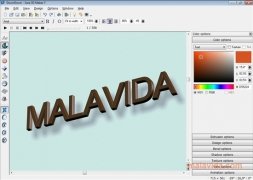 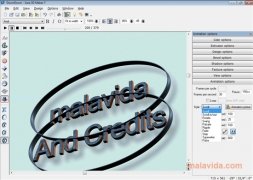 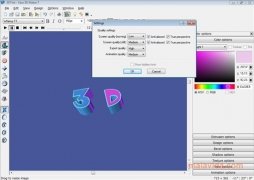 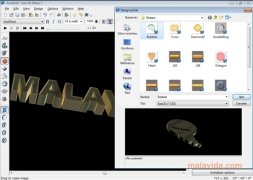 Xara 3D Maker is a very easy-to-use application to design and create various 3D elements. With Xara 3D Maker you'll be able to create texts, logos or buttons that you will be able to use with your videos, on your website or on your computer in general. This tool can be used by the vast majority of users because it doesn't really require any previous designing knowledge and its interface is very clear and intuitive.

If you need to create 3D texts in a simple way, try out Xara 3D Maker

With Xara 3D Maker, creating a logo or an animated text is very easy. From the templates that the program offers, you'll only need to modify the examples to adapt them to your own liking. After writing the text that you want, you will be able to change its different properties: the color, the design, the shadows, the textures, the angle or the movement of the animation.

Xara 3D Maker allows you to animate the texts using preset movements as a base. You will have the possibility to make the texts rotate, move vertically or horizontally, to write them as if you were using a typewriter or any movement that you can think of.