Fly a plane in the middle of World War II. Download Air Conflicts and you will be able to serve as a pilot and take part in your army's victory in the air 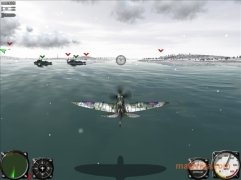 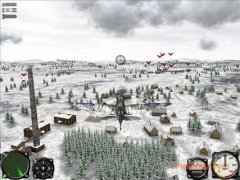 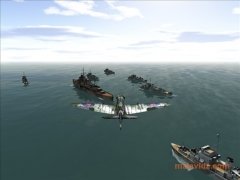 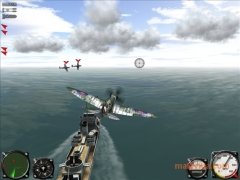 The unprecedented technically advanced weaponry in World War II, the uncountable stories that can be told and the highs and lows of this historical period are sweet as candy to video game developers. Air Conflicts focuses on the battles that were fought in the clouds to offer an incredible experience to the player.

If weapons improved greatly during World War II, planes did so to an even greater extent, reaching unthinkable levels. The technology went from old-fashioned planes that were very difficult to handle, to levels of accuracy similar to modern-day fighters. This, taken to a virtual world gives us a very entertaining game as a result. In Air Conflict you can put on the uniform of the Luftwaffe, the Royal Air Force or the Red Army, and take the controls of one of the twelve planes available: Spitfire, Mosquito, Avro Lancaster, He-111, Ju-87 Stuka, Bf-109 or Gloster Meteor, among others, to try to make sure that the war ends with your country as the victor.

Air Conflicts has three campaigns set in World War II as well as three multiplayer modes with up to 8 players and a rather good graphic environment, taking into account that it is playable on more or less all modern computers.

Antony Peel
3Division Entertainment
Over a year ago
More than a year ago
61.1 MB