Control Lightning McQueen as he races around Radiator Springs. Compete with him and his friends, win races and solve puzzles by downloading Cars right now
8/10 (455 Votes)
Download 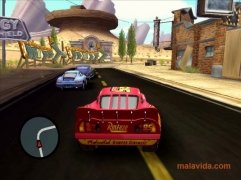 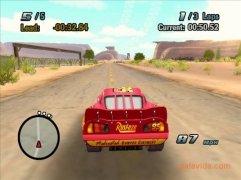 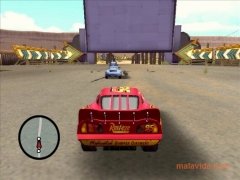 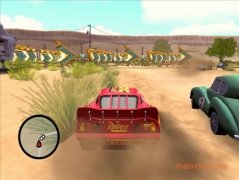 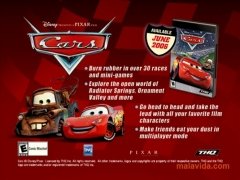 Cars is one of the latest box-office hits produced by Disney and Pixar. The main character of this film is Lightning McQueen, a rookie racing car, that dreams of winning the Piston Cup and signing the deal of his lifetime, on his way to the final tiebreaker race in California, he gets lost, and ends up in a near Ghost Town called Radiator Springs, just beside the old Route 66. There he meets and soon becomes friends with: Sally (a 911 Porsche Carrera), Doc Hudson (a Hudson Hornet), Mater (a "boom" truck), and other vintage vehicles.

The game based on the movie starring Lightning McQueen

In this game, we'll take on the role of Lightning and some of the other cars. We'll have to race and win many challenges and complete a series of mini games as we get Lightning ready to face Chick Hicks in the 2006 Piston Cup at the Los Angeles International Speedway.

This time around you won't have to put up with the voice of Owen Wilson.

All the latter using a 3D environment, with a simple control system that makes the game suitable for all ages, and keeping the humor and action of the original film. If you liked the movie Cars and you want to enjoy the film's action from another point of view, don't think twice and download this demo where you can discover the first level of this game.