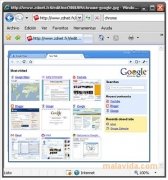 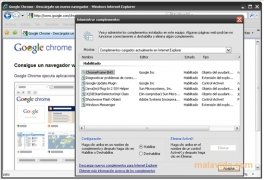 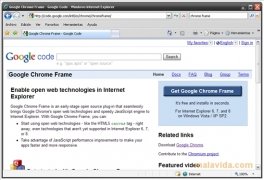 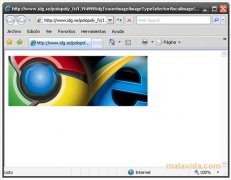 Google has decided that the only option for the Internet (and hence them as well) to keep progressing, is that the HTML5 standard must be implemented as soon as possible. They have taken a great step forward with Google Chrome, but Google Chrome Frame really makes clear their general idea.

Thus, they have managed a visible speed improvement and greater compatibility with the standards.

This plug-in will help Internet Explorer to browse the web smoothly, complying with the standards, as well as helping Google in their unstoppable conquest of every nook and cranny of the Internet, because web services like Google Wave use the HTML5 standard, and wouldn't have worked properly with Internet Explorer.

Internet Explorer Mac 5.2.3
Other languages
We use our own and third-party cookies for advertising, session, analytic, and social network purposes. Any action other than blocking them or the express request of the service associated to the cookie in question, involves providing your consent to their use. Check our Privacy Policy.