Enough of relaxing screensavers. Download Dark Castle 3D Screensaver and you will be able to visit a horrifying castle while you aren't using the computer 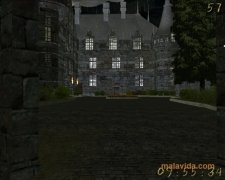 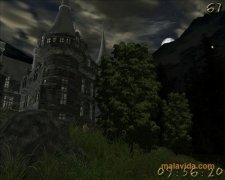 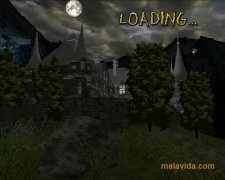 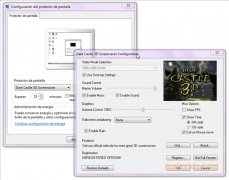 Dark Castle 3D Screensaver is a screensaver that will move around a dark and gloomy Gothic castle when you aren't using your computer, it is an application that is ideal to be used during Halloween or to frighten a family member or friend that won't be expecting it.

Place a scary castle on your desktop

The graphics in 3D are similar to those of many video games. The animation will show a setting that is full of fog, with a gray sky and a forest that is worthy of the best horror novels, in the middle of which you will be able to see a Gothic building the towers of which stand out, these towers are very sinister due to their color and shape.

The screensaver will move around the forest, in which it will move between the trees and you will see every element that forms part of the building's facade to every minuscule detail.

If you like horror films and novels in which vampires and other dark creatures appear, and you want to see a scenario on your computer in which any horror story could take place, don't doubt any second in downloading Dark Castle 3D Screensaver, a terrifying screensaver.

Scott McLure
Rixane
Over a year ago
This year
6.7 MB