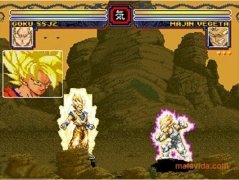 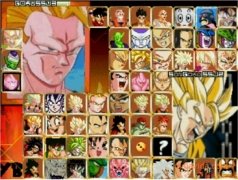 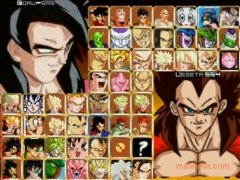 Being the MUGEN graphic engine one of the most charismatic and used in the World, especially when it comes to creating amateur games, it would be strange if we couldn't find a Dragon Ball Z MUGEN game. Most people got to know the world of Dragon Ball thanks to the anime series, but the fights and adventures of Son Goku and his friends started way back in 1984 in a Japanese manga comic.

Dragon Ball, now on your PC

The fighting games created with MUGEN are all relatively similar, controlled with the classic “WASD” keys for the attacks and the cursor keys for the movements. Each one of the more than 15 characters available in Dragon Ball Z MUGEN has its own combos, attacks, and movements.

Among the characters, we'll find Son Goku, Piccolo, Vegeta, and other main characters from the series, as well as all the main enemies that they had to face during the full series: Freezer, the Androids, Majin Boo,... all in their original status, but we will also find some of them in advanced status, as they appeared later in the series.

So, if you liked the manga or the anime series, it has now come the moment to relive the classic battles on your computer with 100% pixel aesthetics.

DRAGON BALL LEGENDS iPhone 3.11.0
Other languages
We use our own and third-party cookies for advertising, session, analytic, and social network purposes. Any action other than blocking them or the express request of the service associated to the cookie in question, involves providing your consent to their use. Check our Privacy Policy.