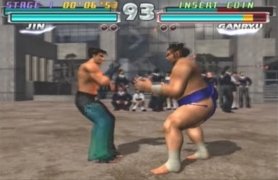 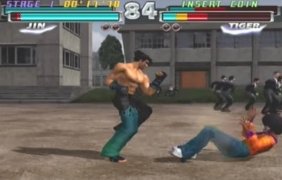 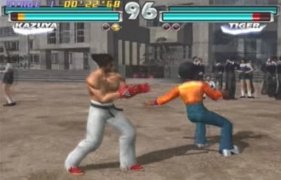 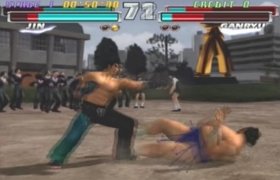 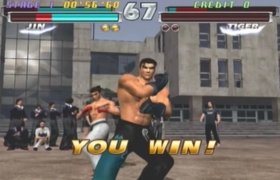 Back in 1994, Namco launched the fighting video game Tekken for arcade machines and, a year later, for home entertainment systems in its version for PlayStation. The game made the most of the latest technical advances applied to 3D video games that left way behind the classic fighting games like Street Fighter, Fatal Fury or Mortal Kombat and started rival with SEGA's Virtua Fighter launched in 1993.

This fighting game saga has brought out different versions and one of them is this Tekken Tag Tournament launched in 2000 that didn't follow any sort of plot and that was developed as a compilation of titles already published to that date. But, who needs a plot when we're talking about a fighting game? Really, it's like Chuck Norris or Steven Seagal black and white movie in which they're all talking in French... not necessary.

There's no need to make fighting game based on a book by Mario Puzo.

In the Windows version of this classic about kicking and punching the hell out of your enemies, you can recall all those locks, combos, and punches with all the game's characters. There are over 38 available because the characters from previous versions (even Tekken 3) also appear, with the exception of Unknown and Tetsujin. Well, at least you can play with Ana Williams, Armor King, Kunimitsu, Hwoarang, and company.

This is the most noteworthy aspect of this new installment is the new tag system that involves a series of changes to the battles: the player can choose different characters and swap them in the middle of the battle to use their different combos and special skills.

Well, it makes use of MAME to work, so after downloading it through our link and unzipping the folder, the only thing you've got to do is click on the mame.exe file. So, now that you know, if you want to bring back one of the greatest classics of fighting video games, you'll find what you're looking for in this Tekken compilation.

Antony Peel
Bandai Namco Entertainment
Over a year ago
More than a year ago
65.5 MB