Droid4X is an Android emulator for Windows for version 4.2.2 of this mobile operating system that allows you to run on your PC any kind of application 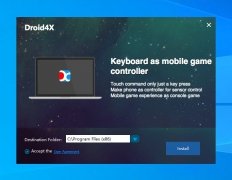 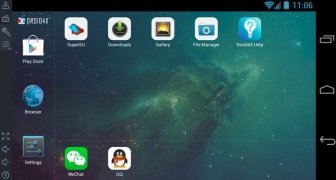 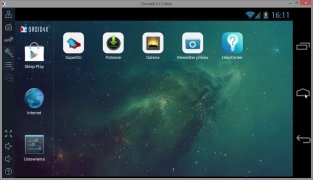 The answer to how to run Android apps on your PC

One thing that iPhone users don't have, and probably miss, is the wide range of emulators that users of Android can get hold of. Bluestacks or MEmu are just some of them, but now we can also make use of Droid4X.

A lightweight emulator for Android KitKat

This emulator runs version 4.4.2, in other words, Android KitKat. That means that we can run from our Windows desktop any application that requires this mobile operating system or an older version. Yes, it works with quite a few apps, but unfortunately, we can't use any of those that require Lollipop, Marshmallow or Nougat. Its main advantage? It only occupies 10 MB.

Save battery on your tablet or smartphone by trying out apps on your PC.

Although these virtual machines are now not used to download and use WhatsApp on the desktop (a great demand solved on Windows, Mac and Linux with the web version and standalone app of the chat and instant messaging service), there are still things you can do, such as playing Clash of Clans on your PC.

It comes along with the following features and functions:

Its functions turn it into a great solution to play any mobile game on your computer, other than any other complicated functions. Furthermore, downloading and installing in your PC isn't a problem and you'll soon by running any APK.