0.22.4 Enlightenment lets you configure different functions of the Linux desktop environment to your liking. Download Enlightenment and improve your productivity
8/10 (9 Votes)
Download 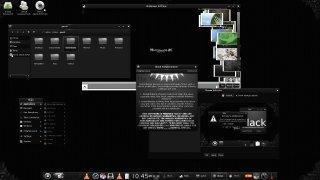 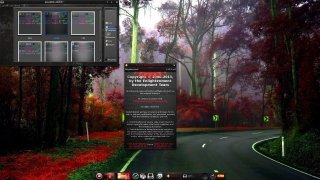 Customizing the desktop management of your computer can help you to gain productivity and, as a Linux user, you'll probably be interested in Enlightenment. It's a configurable and visually appealing desktop window manager.

The most elegant aspect for your Linux desktop

Enlightenment or E, as it's also known, was the window manager that was used in GNOME for many years. It stands out for its design and the variety of settings it offers, being the latter one of its strengths together with its speed. With E installed on your computer, the possibilities to customize the desktop are enormous, going from anything more or less trivial such as changing themes, to other aspects like having your own file manager.

Customizing your desktop can improve your productivity.

Customizing your desktop isn't only about making your computer look good. It can contribute greatly towards improving the efficiency of your working hours, making it much more comfortable to use certain tools. That's why Enlightenment is such a recommendable option.

Antony Peel
Enlightenment
Over a year ago
More than a year ago
25.7 MB