Download Wine and run programs designed for Windows operating systems on Linux distros. You no longer have an excuse to not change Windows for Linux 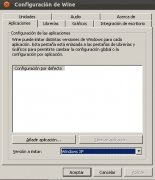 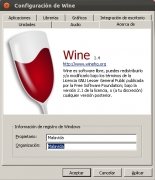 The amount of Linux users has increased considerably over the last few years. You no longer have to be a high-level user to be able to use it comfortably, thanks to distributions like Ubuntu or Mint, for instance. But when you decide to move onto Linux from Windows you'll probably miss some of your former programs... If so, you have to download Wine.

The ideal tool to move on from Windows to Linux

Wine is a tool that implements the Windows API, therefore, allowing the execution of programs created specifically for Microsoft operating systems. This application, which isn't an emulator, even allows you to run DOS applications, making it unnecessary to use Windows and offering the user the possibility to enjoy the open-source operating system par excellence.

Make the most of Linux without leaving your favorite applications aside.

Download this program and enjoy the stability and freedom of Linux without waiving your favorite Windows programs.

Install Windows applications on your Linux

The easiest way to make use of Wine

Wine Android 7.0-rc5
Other languages
We use our own and third-party cookies for advertising, session, analytic, and social network purposes. Any action other than blocking them or the express request of the service associated to the cookie in question, involves providing your consent to their use. Check our Privacy Policy.