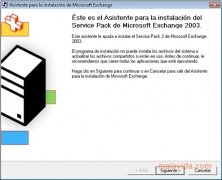 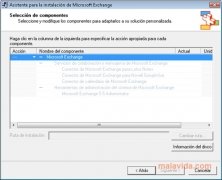 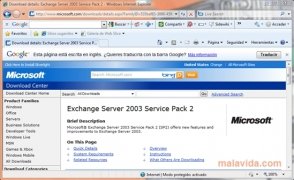 One of the wisest moves by Microsoft for companies was, without any doubt, the launch of Exchange Server. This software developed in compliance with other similar software, and the first version of which was 5.0, is a great classic and one of the pillars of the Microsoft software business. Exchange Server 2003 SP2 is the second great update of this server software that is so widely spread among big and medium companies.

With this update, they have optimized how the message system works to improve both performance and reliability when sending and receiving messages as well as how the public folder works. Furthermore, some restrictions have been added to the databases.

On the other hand, Direct Push was one of the great remodeling features carried out for Exchange Server 2003 SP2 as well as various improvements with the intention of trying to stop SPAM with the new Exchange Intelligent Message Filter and Sender ID technologies (industry standards).

With regard to its management capacity, thanks to this update those in charge of maintaining and controlling the servers have better access to public folders, carrying out monitoring tasks and better control of the databases, something that should improve the general service.
Requirements and additional information:
This download requires Microsoft Exchange Server 2003.

Antony Peel
Microsoft
Over a year ago
This year
115 MB