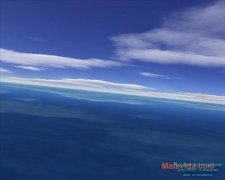 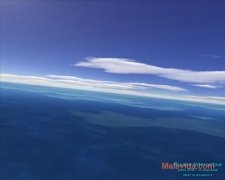 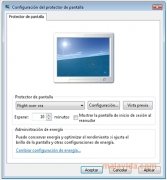 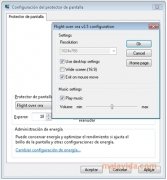 The Windows operating systems include, among many other things, a series of screensavers to protect our computer's screen, but many people find them somewhat dull and boring.

Wouldn't it be more interesting to have a screensaver that as well as images also included relaxing music? We think so, and that's exactly what Flight over sea 3D Screensaver does. Thanks to this screensaver we'll be able to enjoy an animation of the sea from the air while we take a break from our work.

Screensaver with an aerial view of the sea

Furthermore, the animation comes with music that has been specially composed for it, with the intention of relaxing the user as much as possible, and thus make his/her rest period much more effective, due to the fact that it will provide a sensation of total peace and calmness.

To make it even better, the screensaver changes so as to fit on both normal screens as well as widescreens, and among its configuration options, that can be accessed like those of any other screensaver, it allows us to activate or deactivate the music that accompanies the animation.

Therefore, if you want to forget the old Windows screensavers, and you prefer to relax while you fly over the sea as if you were a bird, download and install Flight over sea 3D Screensaver.