0.0.3 Gang Beasts offers us a completely different action game starring weak characters made of jelly that have to try to fight each other on absurd settings
8/10 (710 Votes)
Download 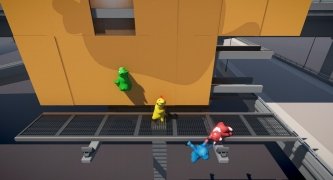 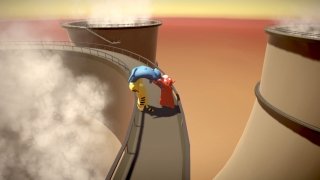 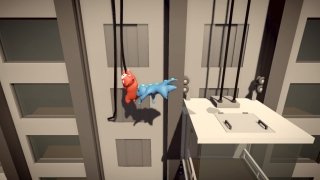 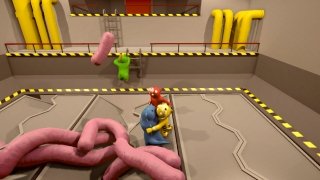 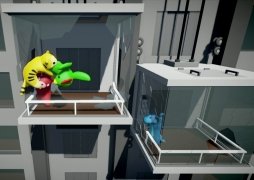 Fighting games don't necessarily have to be serious, full of kicks, punches and impossible movements with super strong fighters that have supernatural powers. If you're looking for that kind of game you've got Street Fighter and everything that came afterward. If you want a fighting game in which you'll definitely have a laugh, Gang Beasts is what you need to download to your PC.

Fighters with muscles made of jelly

No steel muscles: here the fighters are jelly-looking and get involved in ridiculous fights in which your target is to knock your opponent out of the ring. How you to manage to do so is up to you.

The game takes place in different settings and the fighters have no strength at all: watching them is just pathetic. However, as it comes along with an online multiplayer mode you'll have fun slaughtering your friends.

Wallop your rivals all around the ring.

All sorts of settings

One of the strongest points of this game can be found in the wide range of settings available. We're not talking about the typical fighting game (as we've already told you) that offers you a series of fighting areas that are usually the same. Not here. In this game, they're constantly updated and we'll find all sorts of places to fight: trucks driving along the road, elevators, balconies, underground stations... dangerous places where you'll easily get killed by the surrounding dangers if your opponent doesn't do so first.

This indie game that looks really good is still at early access stage on Steam, so it may be somewhat unstable. However, it receives frequent updates so its features are gradually receiving improvements.