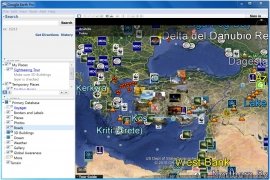 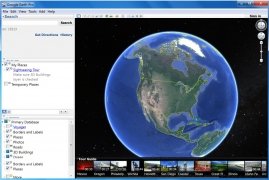 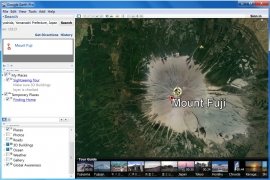 Nobody can deny that Google has been the most innovating company of the last few years in terms of software development. Their tools, from their email service to their Chrome browser, are the most popular in the world. But if we had to point a truly revolutionary program within their range of software that definitely has to be Google Earth. To such an extent that they've even had to create a version for professionals and enterprises.

Traveling all over the world from the comfort of your sofa is a really cool idea. Who hasn't taken a walk around the streets of Tokyo, visited museums or looked up the address of a certain person to see what kind of neighborhood he lived in? Companies have also seen a gold mine in this software and that's why Google Earth Pro has been developed.

Google Earth Pro is an interactive atlas that adds new functions to the classic version we all know:

Two tiny details to be taken into account: the first thing is that it's a commercial version, and although you can try it out for free for a week, in the end, you'll have to pay for it. The second thing is that you're going to need a powerful PC: 3D technology requires something more modern than your old Commodore.