Connect several PCs easily by means of safe VPNs thanks to Hamachi. This software provides you with secure communications between different computers 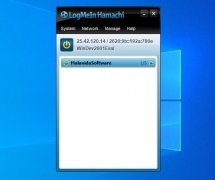 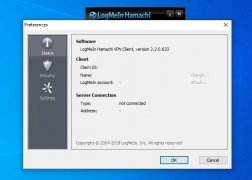 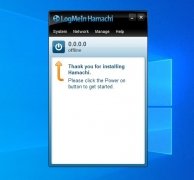 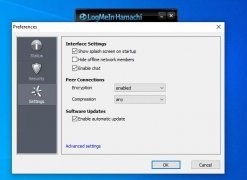 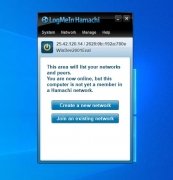 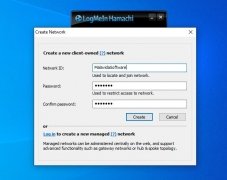 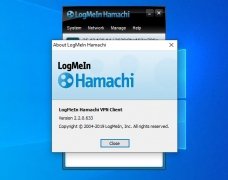 How to create a virtual network between several computers to keep them connected? It's really easy if you've got Hamachi because this software is precisely an app capable of configuring virtual private networks (VPNs), being able to establish direct links between computers under a NAT firewall without requiring any user configuration on behalf of the user.

LogMeIn Hamachi is a very easy-to-install and configure software application. Never before had it been so easy to create a local private network. Hamachi uses the Internet connection to establish 256-bit SSL encryption. Thanks to this you won't have to worry about the security of your communications.

This software can be used and applied to many different aspects, being able to use it in professional environments and companies to connect several different PCs or for entertainment purposes, gathering on the same network the computers of all the video gamers or even to share files.

The program is very easy to use because it has a simplified interface from which you can create a new network or integrate the computer into one that already exists. For this purpose, you simply have to make sure that the PC has the Hamachi client application and that the access data is correct. If you have a problem with the configuration you can always have a look at the official Hamachi manual.

Its functioning is based on the server that manages LogMeIn and that connects to the software installed on the users' computers. The latter manages the connections between the different computers creating a safe tunnel that connects computers securely.

By downloading the app for free you can create your own private network and make the most of it. You won't have to worry about routers or firewalls because it creates a new connection which is visible from the Windows control panel.

If you need to create a private network between computers and you aren't a technical expert of this procedure, you can always resort to Hamachi, the easiest and most simple way to interconnect several computers on a single network.

It's an application that can also be used to connect different systems because LogMeIn has developed versions not only for Microsoft's operating system but also for PCs with Linux and also Apple's macOS.

It depends on how you're going to use it. In the case of the software developed by LogMeIn, we're talking about a program that's intended for professional uses, although it also offers functions to use it as a tool for multiplayer games.

The other services mentioned are mainly aimed at online gaming, with built-in chat and communications systems precisely conceived to make the gaming experience much more interesting.

Hamachi Mac 2.2.0.633
Other languages
We use our own and third-party cookies for advertising, session, analytic, and social network purposes. Any action other than blocking them or the express request of the service associated to the cookie in question, involves providing your consent to their use. Check our Privacy Policy.