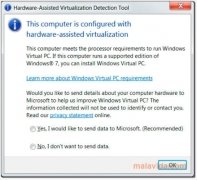 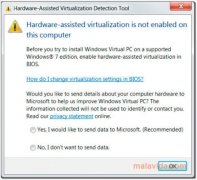 One of the reasons why users are so reluctant to change their operating system is due to the fear of not being able to use their old applications. This isn't a problem is you want to change to Windows 7 because Microsoft has included in this system the so-called "XP Mode".

To be able to know if your computer is capable of emulating Windows XP SP3 on Windows 7 you will need the Microsoft HAV Detection Tool, which is a utility designed to determine if your computer has the resources necessary.

Possibilities of this editing tool

Once launched, the application will return one of the following messages: