1.11.44.3 Grand Theft Auto: iFruit is the perfect complement for your games of GTA V with which you can configure your vehicle and take care of Chop from your Android
7/10 (191 Votes)
Download 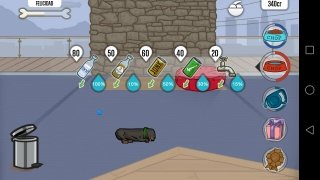 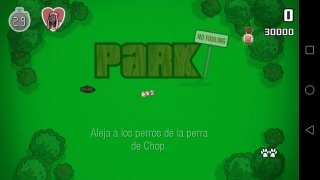 GTA V is definitely one of the most acclaimed video games of the last decade and one of the titles with the largest fan base. Millions of gamers play the sandbox game from the Grand Theft Auto saga starring Franklin, Trevor and Michael, whether from their PC, Xbox or PS4. But, if they've also got an Android mobile device, they can make the most of the video game even more, thanks to the companion app Grand Theft Auto: iFruit.

iFruit allows you to configure your own vehicle and take care of Franklin's dog. Two very simple actions that will help you to make the most of your spare time when you haven't got anything to do. Furthermore, if you teach him well, Chop will become more obedient and help you out when you play Grand Theft Auto 5.

When is iFruit for Android out?

That's the question that all users of Google's mobile operating system that also enjoyed playing Rockstar's game on their console asked themselves for months, eagerly waiting for the time to get hold of the companion app of one of the most successful action and adventure games at present. Well, this tool has been with us for quite som time now, specifically since October of 2013, when its APK was launched for Android smartphones and tablets. Ever since then, with almost 10 million downloads, it has become a necessary tool for all GTA enthusiasts.

The companion app for World of Warcraft

Always connected to Call of Duty

The companion app for your Destiny games

Grand Theft Auto: iFruit iPhone 17.0
Other languages
We use our own and third-party cookies for advertising, session, analytic, and social network purposes. Any action other than blocking them or the express request of the service associated to the cookie in question, involves providing your consent to their use. Check our Privacy Policy.