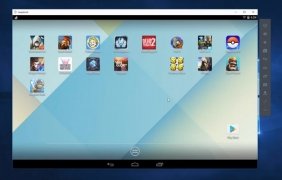 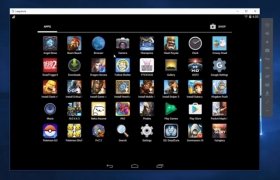 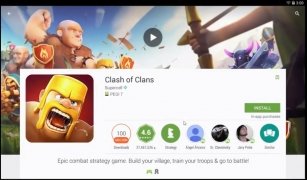 In the Google Play Store only, there are already more than 3 million Android applications. We suppose that many of them must be absolute rubbish but there are also dozens of thousands that are very useful, as well as many video games for Android, which has become a really interesting platform for many genres: arcade, platforms, puzzles, races, strategy...

An Android emulator with interesting functions

And since many users would love to be able to play Super Mario Run or Clash of Clans on their PC screen, to name just a few examples, there are loads of Android emulators that allow us to do so. For instance, LeapDroid, a project started by a team of developers that ended up working for Google.

Enjoy your favorite games on a large screen and with your PC peripherals.

These are the main features of this emulator, one of the most acclaimed alternatives by the user community and with loads of positive opinions:

But you have to forget about LeapDroid 2018 or any newer version because since its developers have joined Google they've abandoned their project and stopped updating the software, which means that you won't be able to run any apps that require Nougat or Oreo. You might also come across some of the many problems that its users have experienced, such as not installing, not booting or having a black screen. Therefore, we recommend you to resort to alternatives of the likes of BlueStacks instead.