Machinarium is a puzzle and riddle game with surprising graphics. In Machinarium you will help that robot that plays the main role to solve the challenges 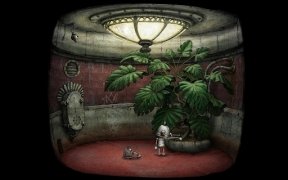 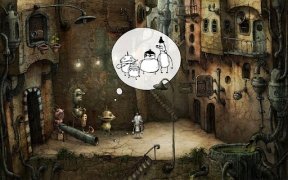 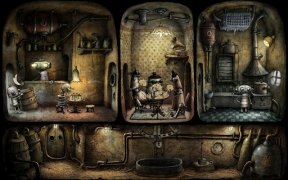 If you like games that mix adventure and puzzle solving, you have to download Machinarium for Android. In this title you'll be able to complete all kinds of tests, helping the small robot Josef, who will try to rescue his girlfriend in a strange dark city.

With Machinarium you'll be entertained by solving all kinds of puzzles, jigsaws, challenges and small games. The world in which the game takes place is inhabited by a variety of robots with all kinds of shapes and one of the places is actually Machinarium, the city where the adventures of the main character will take place. It is under the control of the terrible robotic brotherhood of the Black Cap.

Have a good time with a great game that has received great reviews by specialized critics.

The game presents graphics and animations in two dimensions designed by hand with an elaborate design. Its scenarios, characters and soundtrack will surprise you due to their quality as well as contributing enormously towards submerging you into the game's atmosphere.