The newest installment of the most popular basketball video game saga. Start downloading NBA 2K to your iPhone or iPad to play NBA games on your iOS 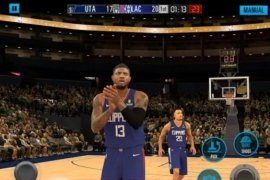 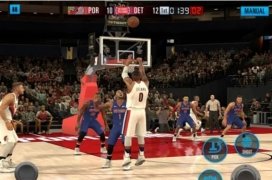 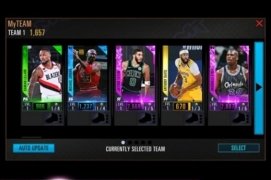 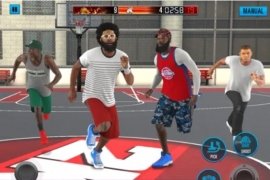 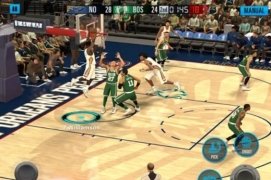 The latest version of the NBA 2K franchise of the most important basketball league in the world is now available to be downloaded to your iPhone. In the mobile version of NBA 2K we'll find plenty of new features and improvements, such as the much-awaited MyCAREER mode, as well as graphical updates and courtside enhancements.

With this new version, the company's intention is to allow the user to increase his interaction throughout the different seasons. Another new feature is its great soundtrack where we can find songs by Carlos Jean or Arkano. Rap couldn't be missing as confirmed by the presence of Nas, Onyx or Kendrick Lamar, whilst the most commercial side is offered by Shakira. Amongst the different game modes available, we have to point out:

New game modes, including the possibility to sprint in defense.

As usual in this franchise, the game isn't free of charge but you can download it from the iTunes App Store for just under 8 dollars, which is a price really worth paying. For the time being, it's only available for iPhone and iPad, as well as PC if you go to Steam. However, we expect the game to be released for Android in APK format sometime soon.

NBA 2K20 PC
Other languages
We use our own and third-party cookies for advertising, session, analytic, and social network purposes. Any action other than blocking them or the express request of the service associated to the cookie in question, involves providing your consent to their use. Check our Privacy Policy.