One Must Fall is a fighting game between robots with vintage graphics, because it was launched more than 15 years ago. Download One Must Fall for free 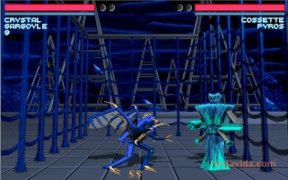 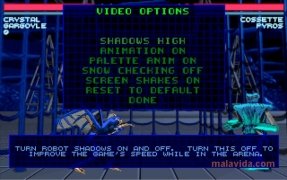 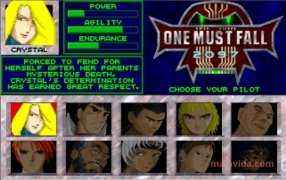 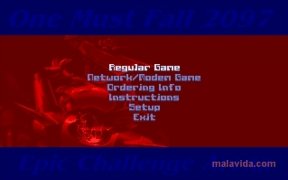 One Must Fall is a fighting game published in 1995, in which we had to take control of a HAR (Human Assisted Robot) and fight against similar machines. The objective of the game was to earn money, with the aim of improving our equipment or acquiring new robots.

Each of the characters has a series of basic movements (punches, kicks, and jumps), as well as three special combos, which have to do with each machine's nature. For example, HAL Pyros is capable of launching fire attacks, Gargoyle can fly around the scenario, and Chronos can modify time however he wants.

Since it is such an old game, the graphics aren't at all appealing, especially if we compare them with the rest of current games, but the strong point of this title lies in the simplicity of its playability. If you want to rediscover one of the most entertaining fighting games of the '90s, download One Must Fall as soon as possible.