Make your Pokémons improve with Pokemon simulator. Train your Pokémon and fight with them to win battles once you download Pokemon Simulator free to your PC 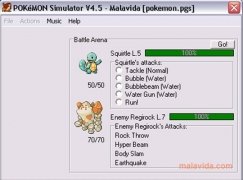 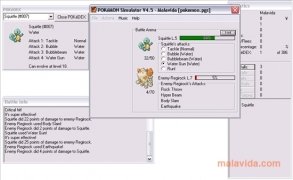 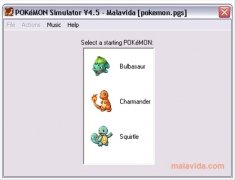 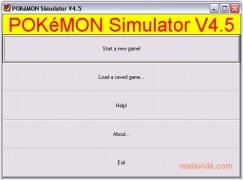 If there is a game that has managed to fascinate both children and adults, and that has marked various generations from the old Game Boy to the newest game consoles by Nintendo, that has to be Pokémon. And now, thanks to Pokemon Simulator, having fun with these pleasant and brave pets will be perfectly possible.

Practice training and fighting with your Pokémons

Pokemon Simulator is a game that is similar to the first graphic adventures, where due to lack of movements and scenery, everything was based on data and decisions. Thus, forget about traveling around the lands of Kanto, or through the gyms that we have seen in the previous game on the consoles. In Pokemon Simulator everything will be based on menus and information, but this doesn't mean that it will be less entertaining.

The battles are exactly the same, the attacks have the same name and inflict the same damage, furthermore, it's even possible to capture the 400 Pokémons available in all the versions of the renowned video game.

Therefore, Pokemon Simulator is a game, that is widely spread, with which it will be possible to enjoy the famous Nintendo characters.