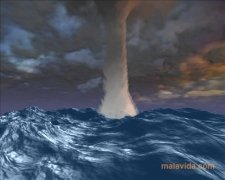 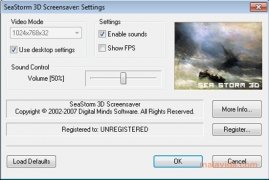 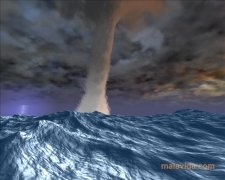 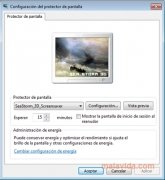 SeaStorm 3D Screensaver is a screensaver with which you'll be able to observe a spectacular storm over the sea. Furthermore, you'll be able to enjoy a scene in a three-dimensional environment, with great realism, that will make you feel as if you were in the middle of the ocean going through a fierce storm.

A sea storm on your desktop

If you're tired of the typical screensavers, SeaStorm 3D Screensaver will surprise you. After installing it, you'll only have to wait the time that you have configured and a storm with a full tornado in the middle of the ocean will appear on the screen. Although it may seem improbable, this storm will actually be able to cause a sensation of calmness, because it will seem as if you are observing the storm protected behind a window.