1.6.2 In Slither.io you're going to have to feed your worm in order to make it grow as large as possible. Try not to touch your rivals if you don't want to lose
8/10 (169 Votes)
Download 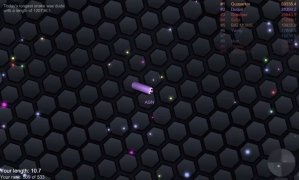 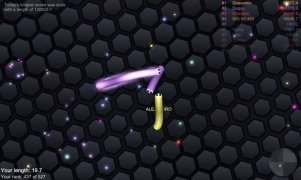 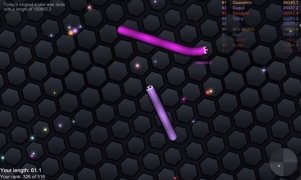 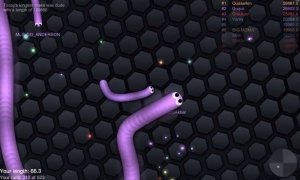 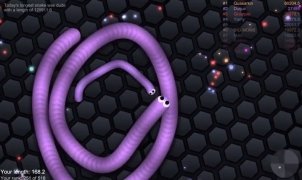 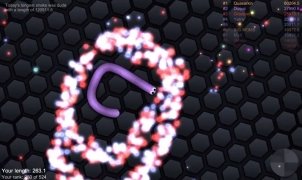 Possibly inspired by Nokia's classic snake game, we now have Slither.io for Android, a game that combines this concept with Agar.io and that comes along with better graphics than those we could enjoy on the unbreakable 3310.

Feed your worm as much as you can

Once you download its APK to your smartphone or tablet, your aim is to make your worm eat as much as possible to become bigger and bigger. Despite being able to bump into yourself, you'll have to be careful not to touch any of your rivals, because you'll explode and it'll be game over for you. And vice-versa, if they touch you they'll die and you can carry on eating and growing.

For such purpose, you'll have to lead your worm around the game area avoiding to touch any rivals with your head, otherwise, it will be game over. If on the contrary, they touch you, they'll lose. That's why it's so important to grow as long as possible to be able to enclose your rivals and ambush them. However, that doesn't mean that you can't win being small.

An updated version of the snake game for smartphones and tablets.

This feature of the game allows you to have many chances to wipe out your rivals, even when you're not much bigger than a tiny pinworm: get in their way so they touch you and make them disappear.

One of its most noteworthy aspects is that we're talking about a game that's played massively in multiplayer mode. In other words, everyone takes part at the same time and in the same scenario, therefore, the rivalry and difficulty are huge.

A game that brings out our nostalgia

This game follows suit not only to the above-mentioned Nokia 3310 snake, but also other classic games like Tron. Everyone loves playing it, especially the people born in the '80s.

All your frustration, now in a game

The biggest universe of multiplayer videogames