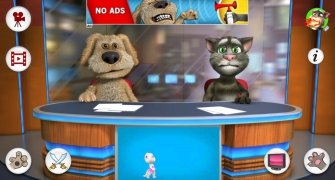 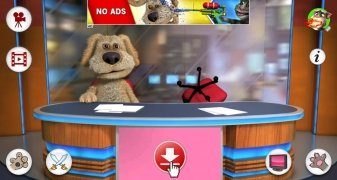 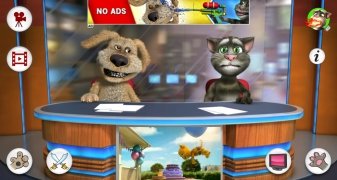 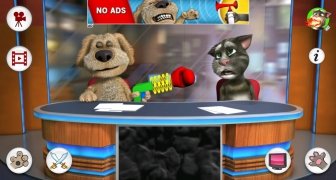 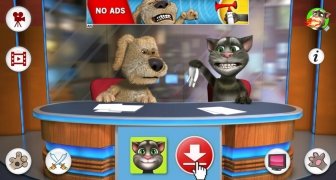 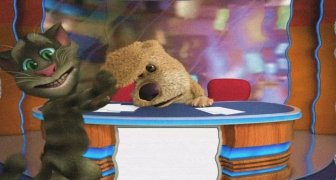 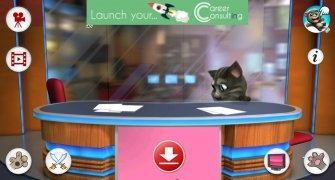 Talking Tom has become a major hit created by the development studio Outfit7. Ever since this cat capable of repeating sentences and reacting to stimulus first appeared, several other spin-offs featuring this pet and other similar characters have been released. One of them is this Talking Tom & Ben News.

Tom the cat and Ben the dog hosting the news

The truth is that you won't be able to keep up with any breaking news because although they're sitting down on the TV set trying to keep us up with the latest news, they'll never get the chance. Because you can muck around with so that they fall off their chairs, spin around on them, start fighting... and they can obviously repeat what you say.

The following are the game's main functions:

A new Kick the Buddy game

Move the helix and help the ball to make way

Have fun with a great collection of social games

Entertaining game about cutting fruit with a katana