2.21.2 Agar.io for Android offers us an addictive online multiplayer game that's all about eating up smaller dots in order to grow and avoid being eaten by others
8/10 (76 Votes)
Download 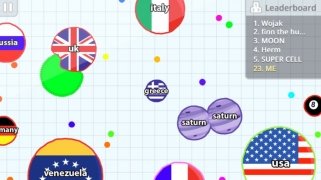 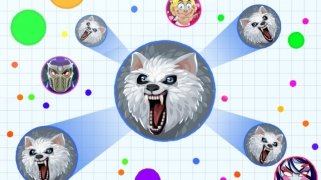 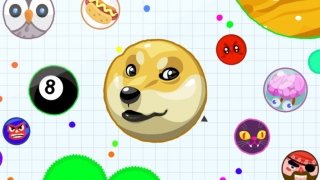 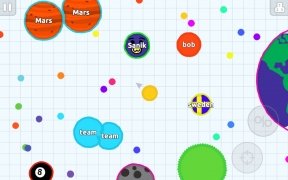 Although it initially started off as an online web game, it soon landed on Android in APK format and also on iPhone and Windows thanks to Miniclip. Agar.io became a huge success despite its simplicity thanks to the fact that it combined a multiplayer mode with really addictive gameplay.

What is Agar.io and how to play it

How to play this mobile game is very simple because we only have to bear in mind just one premise: we can eat dots that are smaller than us but those that are bigger than us can also eat us up.

Taking this detail into account, we'll have to move around the panel trying to eat other dots that are smaller than us in order to gradually grow to be able to eat more and more dots and prevent being eaten by others.

Split, reduce, and dodge in order to survive.

As you can see, it's a really simple idea but with huge doses of addiction as we'll be playing against real-life rivals so the challenge and difficulty are much higher than if we were up to a program controlled by AI.

The game offers us a series of features that are very important to know if we want to be in full control of the game:

Although it might seem simple, it definitely isn't... you can just move around without thinking as you'll have to develop strategies that will allow you to survive in a world in which you'll be eaten up if you don't eat.

This video game has been so successful that now dozens of titles imitate its gameplay but the majority of them are far from being the official Agar.io.

All your frustration, now in a game

The biggest universe of multiplayer videogames

Casual game for Android inspired by the Nokia snake

Agar.io iPhone 2.20.0
Other languages
We use our own and third-party cookies for advertising, session, analytic, and social network purposes. Any action other than blocking them or the express request of the service associated to the cookie in question, involves providing your consent to their use. Check our Privacy Policy.