Span-Gles is a programme that allows you to translate between Spanish and English, and vice versa. Download Span-Gles free to translate words and sentences 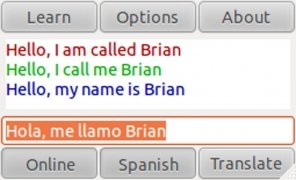 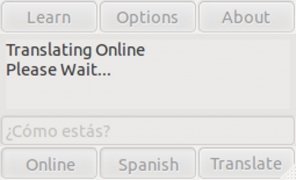 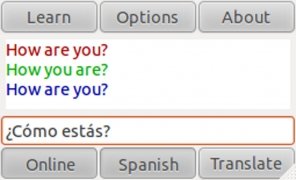 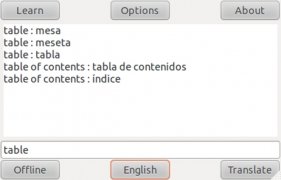 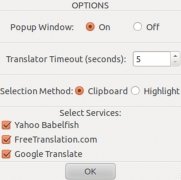 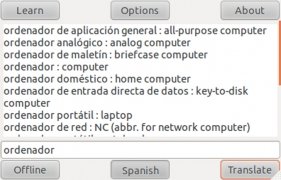 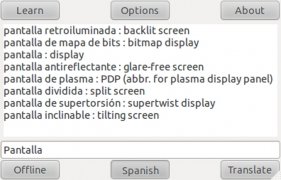 Translate between Spanish and English

Each day it is more common to have to work with websites in Spanish and other languages to be able to search for the data that we are interested in, and therefore it isn't strange for applications such as Span-Gles to be launched.

Translate from Spanish to English and vice versa

The main idea of Span-Gles is rather basic and clear, translate separate words between English and Spanish and viceversa, to be able to understand the whole meaning of the texts that we encounter in foreign websites.

But as well as this, Span-Gles can be used to connect to three of the most used online translating services (Google Translate, Yahoo! Babel Fish and FreeTranslation.com) to translate full sentences between the two languages.

Furthermore, Span-Gles includes the 'Learn' option that allows the users to translate the words they know the meaning of, so that they can use the programme to look them up on a later date.

Download Span-Gles free to translate the text that you don't understand in English, furthermore, it is always interesting to have the chance to search for the translation of single words.