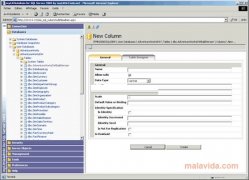 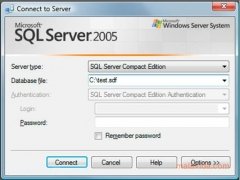 Microsoft SQL Server is a database server developed by the Redmond multinational, that represents its own commitment to replace other powerful database management systems like Oracle or MySQL.

Despite its relatively low implementation compared to other better-known servers, the development of VisualBasic and the .NET system by Microsoft is helping to extend its use.

Microsoft SQL Server 2005, when launched, was a very important stake by Microsoft, implementing quite a lot of features that made it become an excellent database management system, which is why it is still used by many companies to the date.

SQL Server 2005 SP1 is the first pack of updates launched for this program, with important security, performance, and stability improvements.

This download is compatible with the Enterprise, Enterprise Evaluation, Developer, Standard and Workgroup versions of SQL Server 2005.

Due to the improvements it includes, its installation is essential for all those that work with Microsoft SQL Server 2005 and still haven't updated it.