4 1.4.0.6 Copy files from one folder to another of your Windows computer thanks to Supercopier, a manager that allows you to pause and resume the transfer process
8/10 (128 Votes)
Download 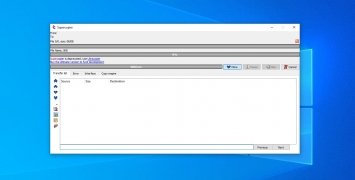 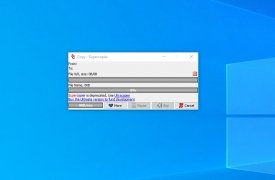 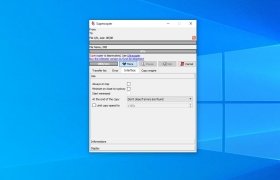 How may times do you copy files from one folder to another every day? Probably dozens or even hundreds of times. And that's why it's important to get hold of a file transfer manager that significantly improves the tool built into to Windows.

With Supercopier you can pause and resume file transfers, view the speed and progress of the copy, edit lists of files to be copies, limit the speed and even access an error report if there were problems. And all the latter from an open-source program developed under the GPL3 license.

The truth is that Supercopier uses exactly the same engine as Ultracopier's software, something that shouldn't surprise us taking into account that we're talking about products by the same developer. That's why both programs have almost the same advantages: they're multiplatform, they're written in C++, they offer safe transfers and they're open-source.

Manage your Android device from your PC

Manage your apps from your Windows PC