The Black Heart is a fighting game that is completely original developed using M.U.G.E.N. Download The Black Heart for free and fight for victory on your PC 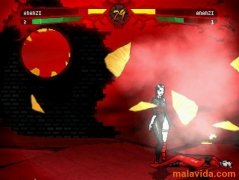 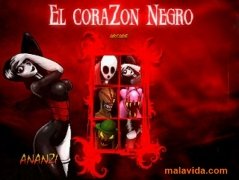 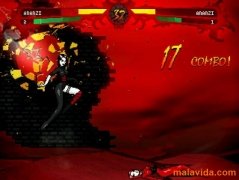 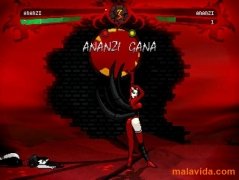 That the M.U.G.E.N fighting game engine is one of the most used shouldn't surprise the majority of gamers. Many fighting games based on series and older games have appeared thanks to this engine. Nevertheless, The Black Heart isn't based on anything, it is completely original. All of the characters have been created by its creator, Andrés Borghi, for the game.

The graphic capabilities of M.U.G.E.N are rather limited, but The Black Heart fulfills all expectations thanks to a very studied design and the quality of the animations or sprites. The character design is rather original, and they have a characterization that is a crossover between fantasy and horror.

The game is really entertaining, and managing to finish it with the six characters available can be complicated, especially once we get to the final level, and fight against the last boss who funnily enough is called Final because his level is very difficult compared to other levels.

The game's quality is rather good, especially if we take into account that the developer has modified everything, the backgrounds, the menus, characters, and even the life bars. This game is really worth a try.