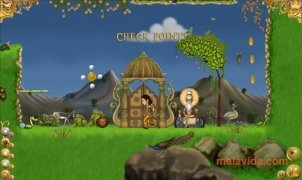 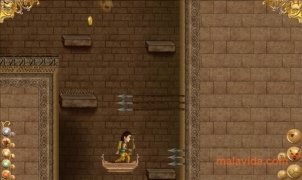 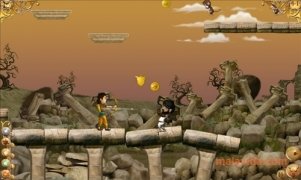 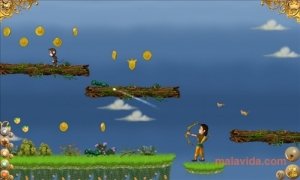 We are sure that you have heard this story before: a prince that is in love has to rescue a princess that has been kidnapped by a vizier, confronting his henchmen in the process. Well, The Legend of Vraz uses the same old story, but it is still entertaining.

The game based on Prince of Persia and Mario

This platform game is clearly inspired by older games like Prince of Persia as well as classic platform games like Mario Bros or Kirby. You have to run around the screen, jumping, holding on and crouching, and especially dodging and shooting at everything that moves. You will have to face insects, birds, monkeys, and soldiers, that only have one objective, to eliminate you. Luckily enough, your love for the princess and the game's addictiveness will not allow you to surrender so easily.

The game's controls have been adapted to play combining the mouse and the keyboard, which may seem rather confusing at the beginning, however, after playing for a few minutes you the controls become more fluid and you can make the most of them.

The quality of the graphics is incredible, with great textures and well-cared designs that make The Legend of Vraz equally entertaining and appealing.