With Tiny Umbrella you can restore the digital signature or SHSH of iOS devices such as iPhone, iPad, iPad touch and Apple TV, in the event of a jailbreak 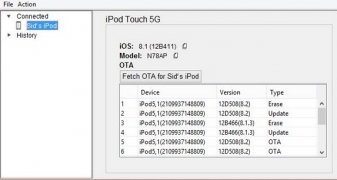 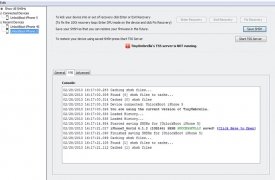 SHSH is a small portion of information that is part of the digital signature that Apple implements on its iOS devices (iPad, iPhone, iPod touch and Apple TV). Its purpose is to control the iOS versions that can be installed on the devices with this operating system, usually allowing the installation of the latest firmware version.

It's precisely the jailbreak process, that allows us to install applications from alternative stores like Cydia, that's based on altering this digital signature to install software that due to one reason or another isn't accepted on Apple's platform. Tiny Umbrella restores that digital signature if it has been modified, so that it's possible to install new iOS versions as usual and run them without trouble.

If you did a jailbreak, give your iPhone its digital signature back.

Keeping things short, this application helps us to protect the original digital signature before doing jailbreak so that you can always return to the original values.

Antony Peel
Firmware Umbrella
Over a year ago
More than a year ago
3.2 MB