Compete in exciting truck races in Trucker 2. Win races and money to improve the features of your truck once you download Trucker 2 on your computer
8/10 (20 Votes)
Download 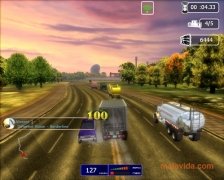 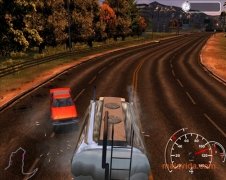 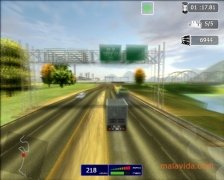 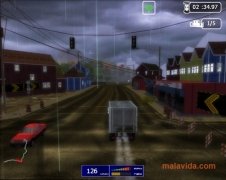 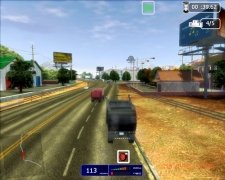 Trucks are always associated with work tasks, especially transport tasks. Trucker 2 offers us a different vision of these powerful vehicles because it places us behind the wheel of some of the most powerful trucks in the world to compete in races.

Truck races around tracks and roads

The races take place on an open road, with all the risks that this entails (traffic, police radars,... ). After each race, we will be given additional money according to the position that we have finished in, and with this money, we'll be able to buy new trucks or improvements for the trucks we already own.

The game follows a system that is similar to other driving simulators like the Need for Speed saga because we'll own a garage in which we'll be able to store our trucks and prepare them for the following race. Add an anti-radar system, change the engine or the transmission system, add special bumpers to cause damage to opponent trucks, oxide nitrogen devices or change the truck's color.Become the best truck driver in the world and avoid that your opponents or the police get in your way in Trucker 2.

Antony Peel
Play Publishing
Over a year ago
More than a year ago
378.9 MB

Find out what it's like to drive a truck around Europe

Sit behind the wheel of a truck and deliver your load