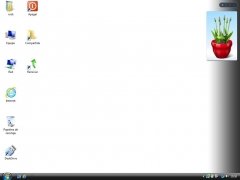 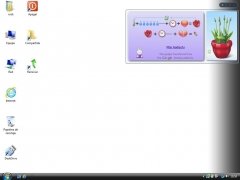 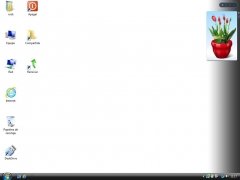 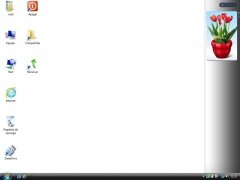 Your own flower pot on your desktop

Virtual Flower Pot is a small desktop widget that is placed on the Windows Sidebar (also known as Windows Desktop Gadgets since Windows 7 was launched), allowing the user to see a red flower pot holding the stems of some poppy flowers that are about to bloom.

To make the Virtual Flower Pot flowers bloom, the user will have to take care of them by moving the mouse over the flowers so that they are watered, because if they spend too much time without being watered they will dry up and die.

As well as the option to restart the interactive animation, Virtual Flower Pot Windows Gadget only shows a small chart that will allow the user to clearly see what will happen if he doesn't look after the flower pot.

Download Virtual Flower Pot for free to enjoy your own flowers on the desktop, the only pity is that you won't be able to smell their fragrance.