4.0 Avoid losing your Nintendo Wii games with WBFS Manager for Windows. Downloading this great program will allow you to make backups of your console games
8/10 (186 Votes)
Download 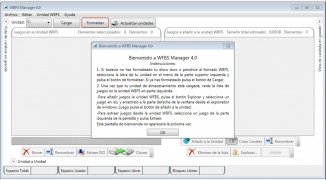 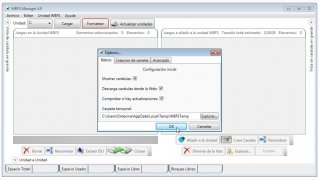 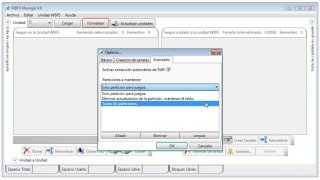 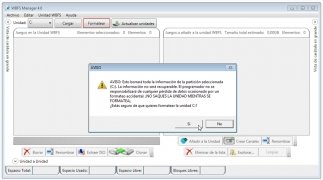 Avoiding problems with the games stored on the Nintendo Wii is as easy as having a software application that allows you to create backups. This is precisely the aim of WBFS Manager.

Backups of your Wii games

WBFS is the file system of the Wii game console, a system similar to NTFS which is used by hard drives in Windows. You only have to format the storage unit to be used in the WBFS file system and, once the unit has been loaded, you'll be able to work with your games. You have to know that WBFS Manager isn't an official Nintendo product, but it works perfectly.

GUI to work with storage units in WBFS format.

By downloading WBFS Manager for Wii you'll always have your games backed up. Avoid the consequences of accidental data losses with this WBFS file system manager for Windows.

WBFS Mac 1.2
Other languages
We use our own and third-party cookies for advertising, session, analytic, and social network purposes. Any action other than blocking them or the express request of the service associated to the cookie in question, involves providing your consent to their use. Check our Privacy Policy.