WeChat for Mac is the Mac client of one of the most popular messaging applications. Download WeChat and engage with your friends from your computer 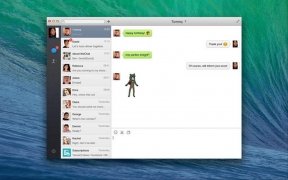 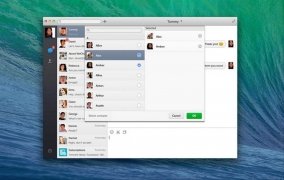 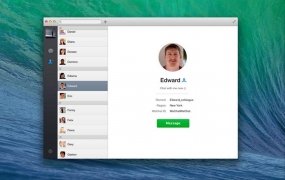 There are quite a few contenders taking part in the battle to become the instant messaging application of reference. The Asian market is being fought out mainly by LINE and WeChat, and it's precisely the latter that wants to take the lead by launching desktop applications just like its most serious rival.

One of the most successful messaging clients arrives on Mac

WeChat for Mac brings to Apple computers the functions that have allowed it to become one of Asia's favorite applications. Therefore, if we already use this app on our phone, we're going to be able to make the most of all its features, such as private messages, group chats, video calls, voice messages... together with all its other functions that bridge the gap between instant messaging and the social network concept.

This is how WeChat stands up to Line, its main competition.

Until now we could enjoy WeChat on both Mac and Windows by means of its web application. With WeChat for Mac we can now do so much more comfortably from our Mac's desktop.