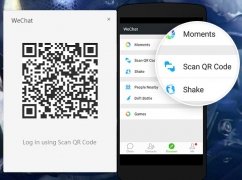 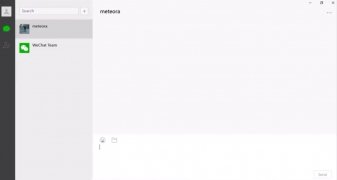 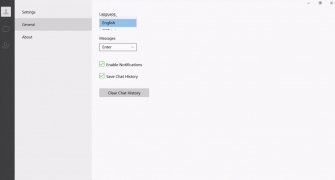 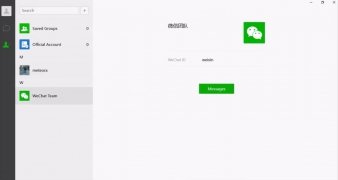 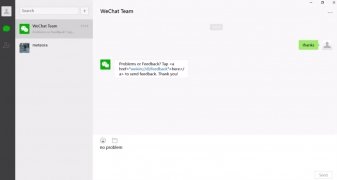 You probably already know that WhatsApp isn't the only way to send messages to your contacts: Facebook Messenger, Telegram, Kik, Google's Allo and Duo... and also WeChat. It's one of the most popular chat and instant messaging apps in Asia, specifically in China.

It comes along with several versions for different operating systems: iOS, Android, macOS, Windows Phone, web, and obviously, Windows PCs. With this desktop version, we can send and receive messages on our computer. For such purpose, we need to install the app on our phone as we can only log in by scanning the QR code.

The desktop client of the chat and messaging app with all the basic communication functions.

All the usual functions of any messaging app

Thanks to this desktop chat client, we'll be able to access all the usual features and functions of this kind of app:

The reference messaging app in China

Viber, Telegram, Kakao Talk, WhatsApp, Facebook Messenger, BlackBerry Messenger… Competition is fierce but WeChat is the dominant app in China. It has gradually incorporated different new functions that have been added to those considered as standards for this kind of application. And as devices have also improved over time, its developers have also implemented different functions that take advantage of the VoIP protocol, so we can make free phone calls over a data network, although we recommend you to get onto a WiFi network to make use of this functionality.

You'll need to provide your phone number to be able to complete the registration process, so if you're an Android user you should download the APK to your smartphone, and if you're an iOS user you must download the equivalent application to your iPhone.