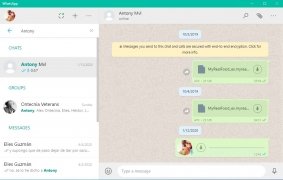 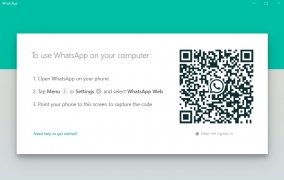 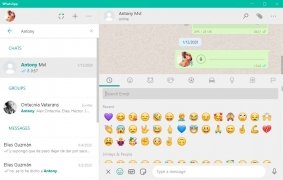 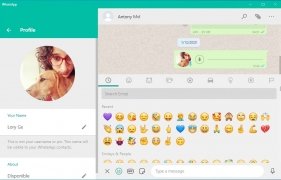 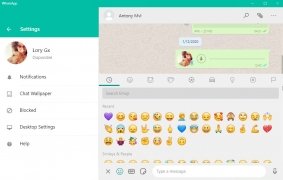 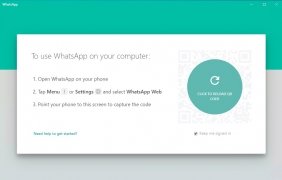 At this stage, absolutely everyone knows what WhatsApp is all about. What they don't all know is that this chat and instant messaging app isn't only designed to run on Android smartphones and iPhones, but can also be installed on a PC to be used from the desktop with its official application and without needing third-party developments.

Therefore, the company belonging to Facebook has fulfilled the demands of its users that wanted to be able to chat from their PC just like other alternatives to WhatsApp have allowed them to do previously, as is the case of Telegram, LINE or Facebook Messenger. With WhatsApp Messenger for computers, we can carry out exactly the same functions that we'd do so from our phone.

Follow up on your computer the conversations started on your phone.

How does WhatsApp work on a computer?

Do you remember WhatsApp Web, the version of the app for browsers? Well, this is similar. If the online version worked from a window in Chrome or Firefox where we had to read a QR code from our phone, selecting the Web option from the settings, here it's the same: run the application and read the QR code from your phone. The truth is that it's just a browser dedicated to the chat program.

Both your contacts and conversations will be present on your computer just like on your phone, so you can continue the conversations that you left on standby. The only problem is that you need to have your phone switched on and an active data plan.

Forget about weird versions like Plus, Desktop and others: this is the official version.

This version of WhatsApp for Windows comes along with the following functions and features:

You won't need to keep an eye on your phone; your notifications and conversations now on your desktop.

As you can see it's just a simple export of the app to your computer's desktop. So you're still not going to be able to know who your boyfriend or girlfriend is whatsapping with or who your friend is chatting with... stop trying to spy on people.

How many users does WhatsApp have?

The strangest thing is how long it has taken to have a Windows version. Especially because we're talking about the most popular chat program in the world according to data offered by the company: over a billion users in February of 2016 and the most popular app in countries like Spain, the UK, Italy, or Germany.

Quite an outstanding detail if we take into account that it was purchased by Facebook for the incredible amount of 21 billion dollars that already has Messenger installed on millions of smartphones. Therefore, Mark Zuckerberg is now in control of the vast majority of mobile communications around the world.