4.0.0 The desktop version of Telegram Messenger for PC offers us all the features and functions of this instant messaging service from a native app for Windows
7/10 (405 Votes)
Download 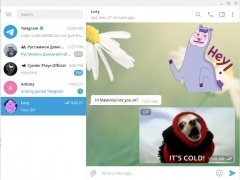 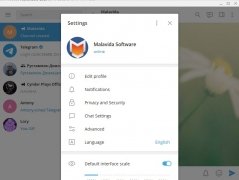 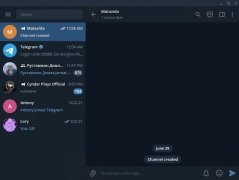 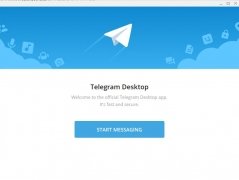 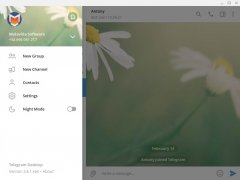 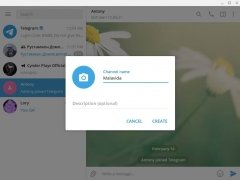 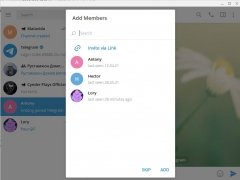 In the year 2013, WhatsApp already ruled the world... and without no trouble at all. It was establishing itself as the most used mobile instant messaging and chat application in the world, increasing its distance in terms of users with all its rivals and alternatives such as Skype, LINE or Kik Messenger.

However, that year Telegram made its appearance, a messaging application developed by the Russian brothers Nikolai and Pavel Durov. It was first released on mobile phones and a year later as a multiplatform version, offering a model that didn't go against WhatsApp but was slightly different. In fact, many of its features have later been implemented by the messaging giant purchased by Facebook, as well as other similar apps.

The safe and private instant messaging and chat client

And although now all apps of this kind have gradually incorporated more security layers to their developments, it was the first important messenger to include encryption to its messages, allowing its users to hold completely private conversations. And with Telegram Desktop, they launched a native client for PC that allowed us to run the program as a standalone without having to resort to the web.

If there were a WhatsApp killer, this would be it.

It comes along with a wide range of features and functions that are common to all its different developments, whether in its Android APK, its versions for iOS devices, such as iPhone, its app for macOS, the online version of Telegram or even its Linux client:

Definitely one of the instant messaging bargains.

Which one's better? Telegram or WhatsApp?

The truth is that WhatsApp seems to have to take a step forward, mainly because its users demanded the implementation of features that were already present in apps like this Telegram Messenger. In any case, you should know that in the world of messaging applications there's plenty of flexibility and choosing one over another doesn't mean that you can't use them both.

But if you want us to convince you that you should go for the application developed by the Durov brothers, here are a few reasons to do so:

This privacy feature is one of its most acclaimed functions. You can establish private and ephemeral chats with other users using end-to-end encryption that can only be read by the user that has the authentication key and only once. It became quite controversial because members of ISIS used it to communicate.

All in all, the desktop client brings together all the different functions that we can make use of on other devices, but adapted to Microsoft's operating system, and with perfect synchronization with the rest of our gadgets.

Chat with your contacts from your desktop

Telegram Mac 4.0.0
Other languages
We use our own and third-party cookies for advertising, session, analytic, and social network purposes. Any action other than blocking them or the express request of the service associated to the cookie in question, involves providing your consent to their use. Check our Privacy Policy.