Chat, send messages, share photos and videos, and keep in touch with your friends from your Mac thanks to this desktop version of WhatsApp Messenger 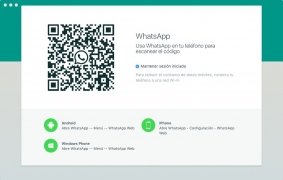 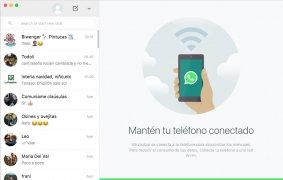 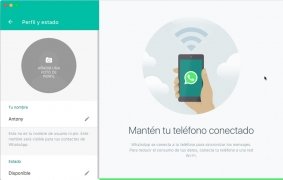 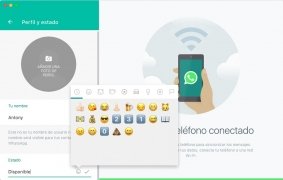 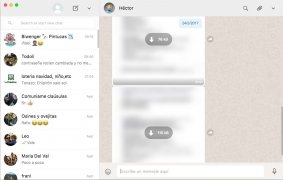 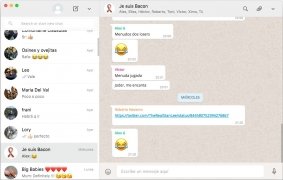 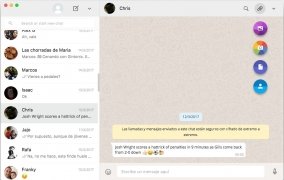 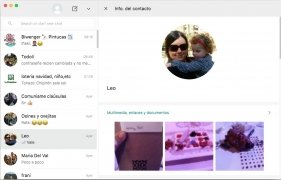 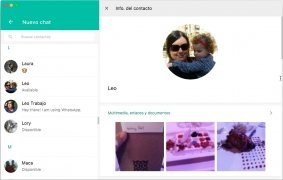 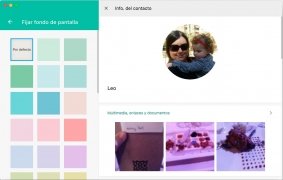 WhatsApp is always a trendy topic, whether because it has applied end-to-end encryption to its messages, because it has been purchased by Facebook, because it has attempted to insert adverts into our chats, because it has implemented voice and video calls, because of the Gold version scam, because it introduces new emojis and emoticons with each new update or because it has failed in its attempt to renew the user Statuses of the service. That's what it's like being the best and most important instant messaging and chat application: everyone has got an opinion about whatever it does.

That's not surprising taking into account that it's the most used messaging service in the world. Nowadays, we're over 1,200 million users in the world accessing the platform every day to be able to chat with our friends, send photos, share audio notes, attach documents, send locations or make calls. It's the 21st-century communications tool even if its owners want to take it to the social network scope with every new update.

The desktop version of WhatsApp for Mac.

And although it started off as a service that was mainly focused on mobiles, with applications for Android in APK format and also for iPhone, it has gradually ended up landing on the desktop, offering us a WhatsApp for PC and for Mac that many users have been demanding for a really long time, and being a function present on many of its most direct competitors, of the likes of LINE, Telegram, Facebook Messenger or WeChat, if we can consider anyone as real competition for WhatsApp Messenger.

How to use WhatsApp on the desktop of a Mac?

But its arrival on the desktop has a trick to it. For instance, in the case of macOS, it isn't a native application but an implementation of its web version that opens a dedicated browser each time that we run it, and that, therefore, requires that we always have our phone switched on and connected to the Internet.

Because we'll basically be using a version for smartphones that synchronizes via web with the Mac application, just as we'd do if we were to run the messaging app on an iPad, but now with the official consent on behalf of its developers. Therefore, to use it we'll have to follow these simple steps:

Once we've followed and completed the previous steps, we'll have access to a fully functional version of WhatsApp that we can control with our mouse and keyboard making it much more comfortable to use and that also allows us to pay attention to the messaging service without taking our eyes of our computer screen. However, as couldn't be otherwise, it doesn't implement all the features and functions of the mobile version as we won't be able to make video or voice calls but it still includes many of the options that have made it so famous:

With this desktop version, you no longer have any excuses to not keep in touch with your friends, even whilst you're working (but don't get caught by your boss!). And furthermore, it's totally free and without ads despite loads of people saying that that will soon end.

WhatsApp Messenger iPhone 22.9.76
Other languages
We use our own and third-party cookies for advertising, session, analytic, and social network purposes. Any action other than blocking them or the express request of the service associated to the cookie in question, involves providing your consent to their use. Check our Privacy Policy.