WhatsappTime allows you to chat and manage groups on WhatsApp from your desktop. It's an alternative to the official client of the popular application 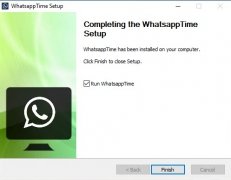 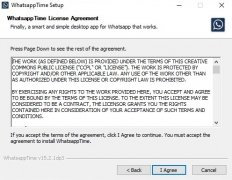 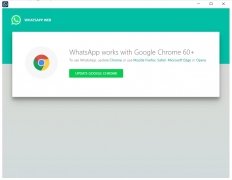 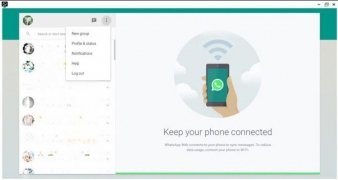 Although the guys at WhatsApp already launched a web version for their chat and messaging app and later a standalone client for Windows and Mac, there are still quite a few alternative versions of the popular instant messaging application out there.

A very clean WhatsApp on your PC's desktop

The main advantage of WhatsappTime can be found in its design. It's much neater than the official version, and more elegant than the edition for browsers. However, apart from these graphical details, we're not going to find too many differences. In fact, we'll also have to use a QR code to access the application, which makes it quite obvious that it's basically a browser window with certain restrictions.

A different design with hardly anything new.

From this alternative version you can also carry out the same functions than in the official client:

So, now that you know, to speak with your contacts from your computer, if you don't trust the official app, you can download this alternative client.

WhatsApp Messenger Mac 2.2134.10
Other languages
We use our own and third-party cookies for advertising, session, analytic, and social network purposes. Any action other than blocking them or the express request of the service associated to the cookie in question, involves providing your consent to their use. Check our Privacy Policy.