Windows 7 SP1 is the first pack of updates for this operating system. Download Windows 7 SP1 and improve the security and performance of Windows 7 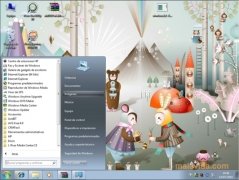 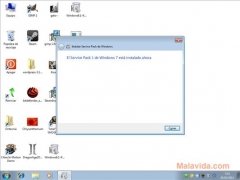 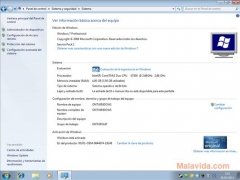 Windows 7 has been a great success for Microsoft because it has spread widely among the users in a very short amount of time, especially if we consider the support they lost with Vista. This new operating system offers a much better performance than earlier developments, as well as an interface that is a lot more appealing and intuitive, being ideal both for domestic as well as professional use.

Update Windows 7 with its Service Pack 1

Just like the rest of important developments by Microsoft, every certain amount of time the update packs known as Service Packs are launched, gathering all the security patches and performance improvements in a single installer, and updating the operating system in a matter of minutes.

On this occasion it has come the time of Windows 7 SP1 to see the light of day, also being compatible with Windows Server 2008 R2 (the professional platform by Microsoft). This pack of updates greatly improves the security of Windows 7, it optimizes how its tools work and, furthermore, it improves its performance.

If you use Windows 7, and you want your operating system to work better than ever, download Windows 7 SP1 (Service Pack 1) as soon as possible.

Antony Peel
Microsoft
Over a year ago
This year
1.4 GB