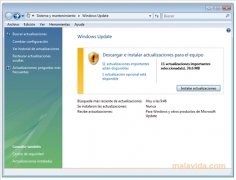 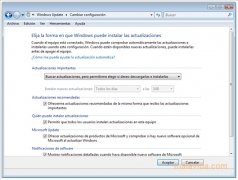 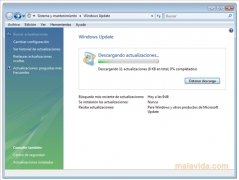 The operating systems developed by Microsoft, are constantly evolving due mainly to error detections, the lack of compatibility with some devices and the improvements of the programs that are native to the system. That's why it's highly advisable to keep our Windows installation updated at all times.

Windows already has a client thanks to which it's possible to update the system each time a new correction is launched, but it's possible that due to the inappropriate management of the system registry, a file cleanout or a virus, the program has disappeared, something that can quickly be solved by reinstalling Windows Update Agent. It's one of the most important programs of those that are part of our operating system, and it's inadvisable to get rid of it, because if we don't keep our operating system updated, it can be a lot less stable and weaker against any threat.

Thanks to Windows Update Agent you'll be able to maintain your operating system updated.
Requirements and additional information:
It's necessary to have a ZIP compatible compressor to be able to launch the program's installer.