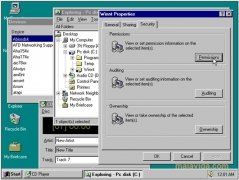 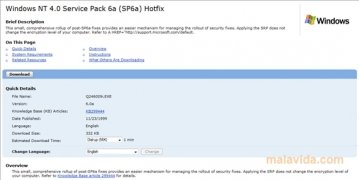 Windows NT was the best operating system available at the beginning of the '90s, with a graphical interface very similar to Windows 95, offering users a lot more stability, but also less flexibility than other systems.

This system, aimed at professional environments, was also updated as time went by with the famous Service Packs, that correct important errors and improve the operating system's compatibility with certain devices and applications.

Windows NT SP6 offers a notable improvement in the compatibility with applications based on sockets for Windows, like for example Lotus Notes, as well as joining together all the prior updates in the same pack.

This Service Pack also includes the updates known as "Year 2000", that were so vital at that moment.

If you have this brilliant operating system by Microsoft, it's time for you to download this update pack that will solve all the problems that appeared after Windows NT Service Pack 6 was launched.