Revision 26.1.1 Android SDK is the operating system by Google for mobiles and tablets. Download this free development kit and start creating applications for this system
5/10 (2241 Votes)
Download 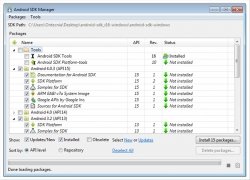 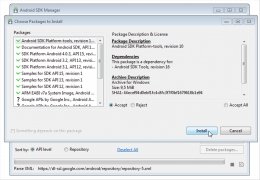 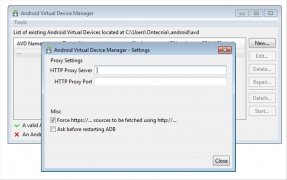 It has been quite some time since Google started developing other applications besides its popular search engine. Its leap into the mobile phone, netbook and tablet arenas via Android, its own operating system based on Linux, has meant a total revolution, capable of competing against the maelstrom of Apple and its iPhone. This is due to the fact that each day more people download Android SDK free for mobile.

The development kit for the OS of the future

This operating system is used by millions of people all over the world that decide to download Android SDK. It's a lightweight OS that offers thousands of applications to its users.

You can now create your applications for Android

If you want to develop applications for the Android operating system by Google you shouldn't miss out on the chance to download Android SDK for free. It includes all the tools that you require.

Android SDK Mac 24.4.1
Other languages
We use our own and third-party cookies for advertising, session, analytic, and social network purposes. Any action other than blocking them or the express request of the service associated to the cookie in question, involves providing your consent to their use. Check our Privacy Policy.