Blinken is a game that directly copies the famous Simon Says machine on your computer. Enjoy yourself keeping track of the different sequences with Blinken 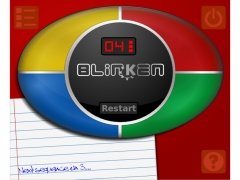 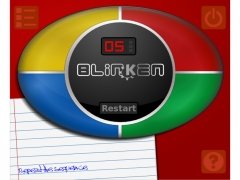 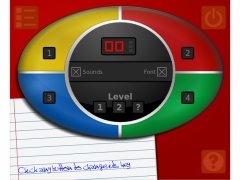 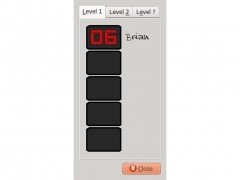 Among the electronic games that children received as presents in the 80's there was one that stood out above all the rest of them, and that is even still being sold today, we are speaking about Simon Says by Milton Bradley. And it's now possible to enjoy it on your desktop thanks to Blinken.

How is your memory?

The basic idea of Blinken is the same as that of Simon Says, you have to repeat the sequences that is played by the machine, with the only aid that each color is associated to a sound, thus being able to use both your visual as well as listening memory to play.

Just like Simon Says, Blinken has three different difficulty levels, each one increasing the difficulty to be able to memorize the sequence considerable, because even though it may seem rather simple to start off, the game starts gaining in difficulty as soon as the four colors are in play, and after a while it may be almost impossible for some players to remember anything.

Therefore, if you want to enjoy one of the favorite children games of the 80's, all you have to do is download Blinken.