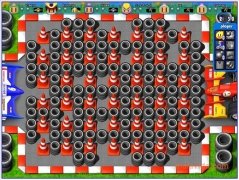 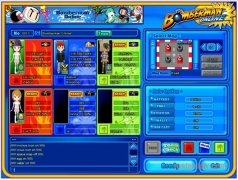 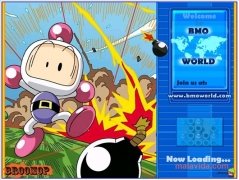 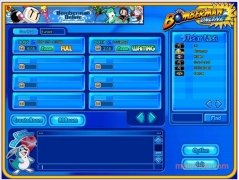 Bomberman World Online is a classic arcade game that, after undergoing a great remodeling process in what regards to graphics and options, offers the possibility to face any follower of that great game on the Internet, something that really increases the number of hours of entertainment that it can offer.

The game is based practically on the same theme as the original: place bombs to destroy the obstacles and enemies that appear in each of the levels, as well as picking up all the different bonuses that appear on the screen, that will increase the features of your character.

As well as the online mode, the most dramatic change to the game has been the new graphics, because they are now much more appealing and full of life than in the original title, even though they maintain the essence of the old ones.

Another of the most appealing innovations is to be able to customize your character by means of hairdos or new clothes so that your enemies won't be able to recognize you.

If you want to rediscover one of the most played games of the '90s, download Bomberman World Online as soon as possible.

Antony Peel
Hudson Entertainment
Over a year ago
More than a year ago
59.6 MB

Bomber Mine Android 337.5.15.5
Other languages
We use our own and third-party cookies for advertising, session, analytic, and social network purposes. Any action other than blocking them or the express request of the service associated to the cookie in question, involves providing your consent to their use. Check our Privacy Policy.