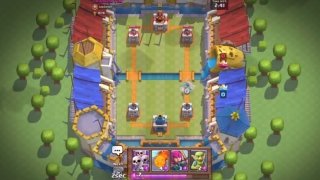 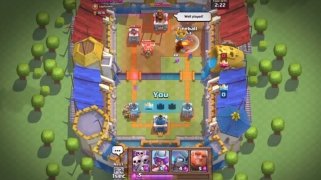 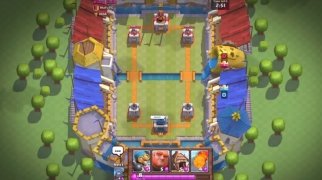 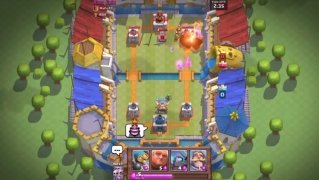 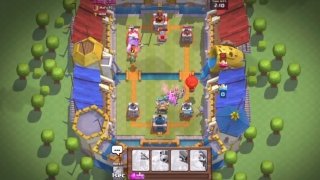 Although it seems like everyone that plays an online multiplayer title plays battle royale games of the likes of Fortnite. There are still millions of people that don't make so much noise but carry on enjoying other kinds of games such as Clash Royale, one of the best real-time strategy games, now available for Windows PC.

As you already know, this is a spin-off of Clash of Clans, another major strategy hit that has been very successful in terms of downloads and opinions. What we'll find in this desktop version of CR is exactly what we've been able to enjoy on smartphones and tablets: cards of troops and spells, princes, knights, dragons, princesses, fortresses... and all the latter, building clans and alliances with other players.

Create your own clan of warriors and set out to conquer all the arenas.

These are the main features and functions offered in this game:

To be able to take part in this war between clans, you need to download BlueStacks, the Android emulator that we offer you in this download. How it works is very simple as it's identical to that of a mobile phone. In other words, you'll have to sign up with your Google user account and install the app by simply dragging the APK included in the ZIP file. You can also access the official app store, from where you can download the game through its search tool. Playing this game on a computer has a clear advantage: you can play on a larger screen and use your favorite peripherals, such as your mouse and keyboard, to gain greater control over your games.