1.2281.2.0 Candy Crush Saga is the superhit by King.com that, after succeeding on Facebook, Android, and iPhone, lands on Windows. Live the sweetest frenzy of them all
8/10 (1256 Votes)
Download 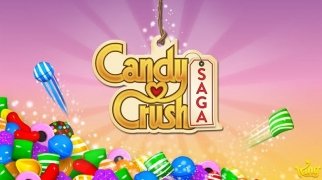 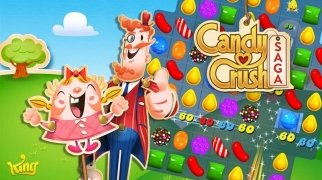 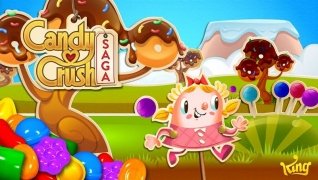 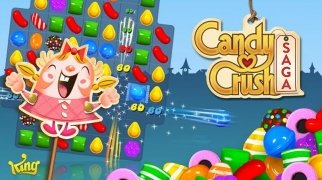 When it was first released as a game for Facebook, its developers couldn't even dream about it reaching the success it has achieved: millions of players hooked on it from the very first moment, sending invitations to all their contacts, just like they used to do with FarmVille.

Moving on to mobile platforms

The game's success led to a version for iPhone as well as the subsequent APK for Android smartphones and tablets, which ended up confirming Candy Crush Saga as one of the most profitable games developed by King.com. Obviously, a version for PC had to come next, so here's the edition for Windows 10. To get hold of it you'll only have to press the Download button and install the APPX file that will bring the native version of Candy Crush for Windows to your computer screen.

One of the greatest hits in the short history of mobile games.

So here it is on our desktop, the game that repeats the winning formula of Bejeweled and Jewel Quest, but this time around with candies instead of gems and precious stones. And no, you're not going to find anything different on your computer than what you've already seen on your phone or tablet, in fact, it's exactly the same game.

Well, that's a shocking question, since you probably know how to play this game off by heart as you've surely played other similar games before. You have to swap the position of several elements on the board in order to line-up horizontally or vertically three o more identical blocks. That's when they disappear and their space is occupied by others, with new items appearing on the panel.

You usually have to try to reach a certain number of sweets to complete each panel, but you can also play against the clock or any other game mode.

Some of the features of this addictive game

One of the key aspects that have led so many people to play this title, including your mom, is that it's free. However, it's definitely a case to be studied because, together with Clash of Clans, it's one of the highest grossing games thanks to its in-app purchases. And just in case you don't recall it, here are some of the functions and features you'll come across:

What's the highest level in the game?

For your information, you should be happy to know that there's no way you're going to be able to complete this game. There are thousands of levels available but, with each new update released every week, there are new screens that make it impossible to ever end, although we encourage you to try it out for yourself.

Now that you know, don't hesitate to lend Tiffi and Toffee a hand around Candy Kingdom in a game that will glue you to your PC from the very first moment. Just wait until you start playing. And don't forget that if you need more, you can always have a go at Jelly Saga.

Candy Crush Saga iPhone 1.236.0.3
Other languages
We use our own and third-party cookies for advertising, session, analytic, and social network purposes. Any action other than blocking them or the express request of the service associated to the cookie in question, involves providing your consent to their use. Check our Privacy Policy.